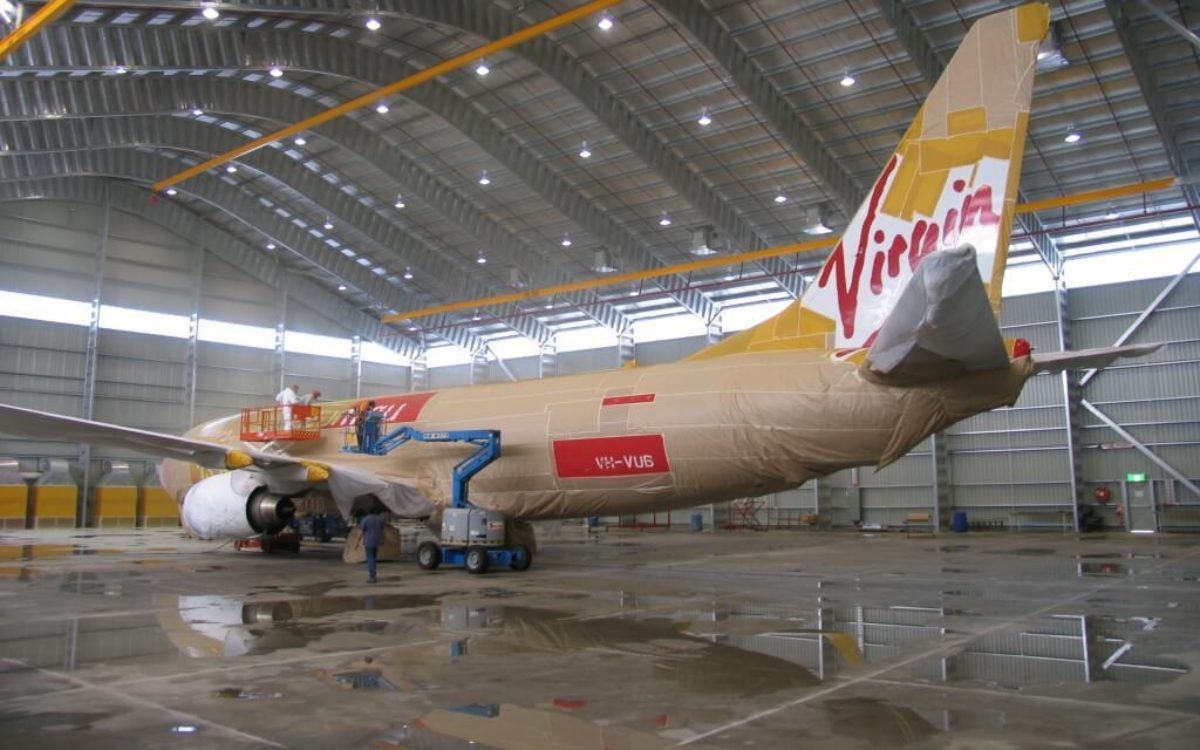 What do you do when high winds prohibit you from building?

The coastal city of Townsville in Queensland, Australia is no stranger to the devastating aftermath wrought by tropical cyclones. Since the 1970s, more than one billion dollars in damage has been done by these relentless storms, which have been continually reinforcing a valuable lesson to locals — prepare for the worst weather you can imagine.

This threat weighs heavily on every decision to build a new structure in the area. A variety of available construction techniques and materials may be cost-effective, but they may not withstand the next violent weather event that will invariably occur. Obtaining the necessary insurance for such a structure may wind up being cost-prohibitive or unavailable. Traditional methods guaranteed to survive cyclone winds for years to come are far too often cost-prohibitive, as the amount and transport of durable materials to distant areas like Townsville becomes impractical.

For an aviation company in Townsville, this problem had a profound effect on their ability to provide their services. Larger aircraft need expansive hangars to provide adequate protection, but their available options did not make sense from a business standpoint. Fortunately, they were made aware of the unique engineering aspects of RapidBuilt’s steel buildings as a new alternative that could provide a real solution. 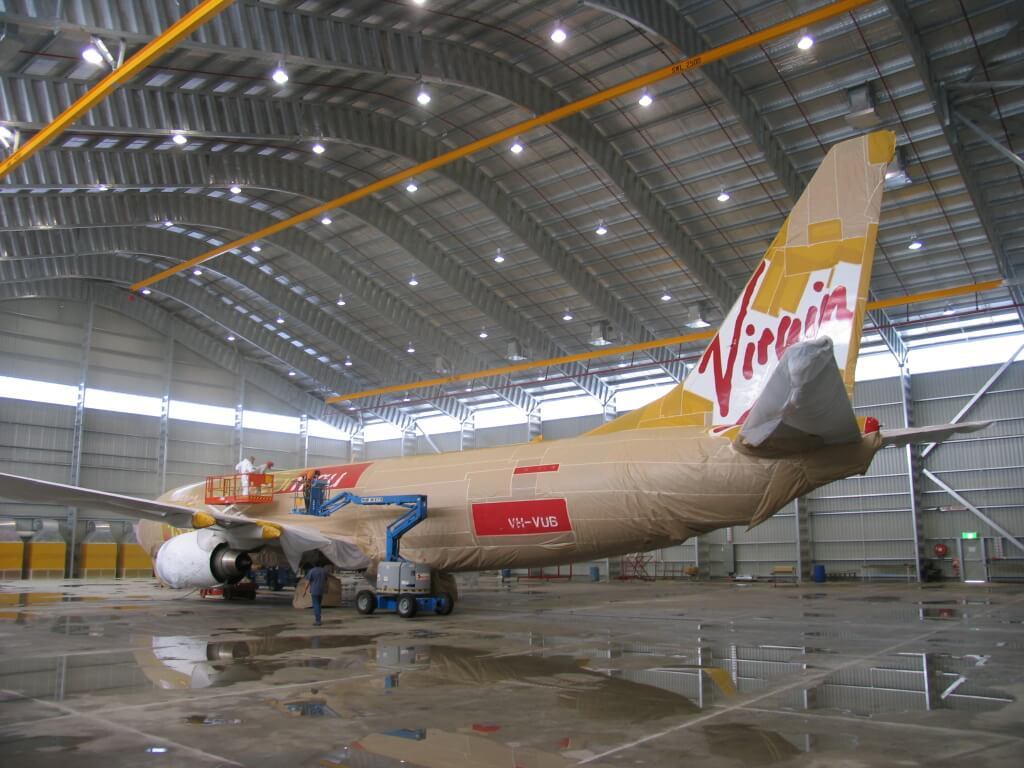 A key element of RapidBuilt’s approach to redefining metal building development lies in their approach to engineering. At their onset, they understood that the inherent limitations in standard methods meant a lack of smart solutions. Their goal was to start from scratch with top industry engineers and designers, to tackle this problem from a novel perspective.

RapidBuilt’s proprietary engineering methods revolve around their patented beam design, which demonstrate exceptional strength while maintaining a light weight. Combined with their design for a better clevis connection system that replaces traditional bolted connections, RapidBuilt has redefined efficiency for the market.

For the Townsville aviation company, understanding the ramifications of this new tech meant a viable solution to their problem. Since this meant less steel required for construction, with rated wind loads up to 185 mph, they could finally build hangars for Boeing’s ubiquitous — and mighty — 737 jet.

Since these craft can reach up to 138 ft. in length, massive hangars would be required, and that meant massive walls that needed to withstand the yearly onslaught of cyclone season. Where traditional buildings could fall under such incredible power, RapidBuilt’s unique buildings were proven to finally withstand such wind speeds — at roughly half the price of a competitor’s building using traditional technology.

4 737 RapidBuilt hangars were constructed in Townsville, allowing the aviation company to expand its services significantly. And then they were put to the test. A massive cyclone tore in from the Coral Sea, striking Townsville and wreaking havoc upon the area. After it passed, the hangars stood unmoved, a testament to the effectiveness of their design.

Since then, three other cyclones have struck Townsville. Each time, while damage was found throughout the area, these hangars proved to be the smartest choice for the company, as they stood their ground against the worst that nature could throw at them.

Answering the call to redefine the hangar door 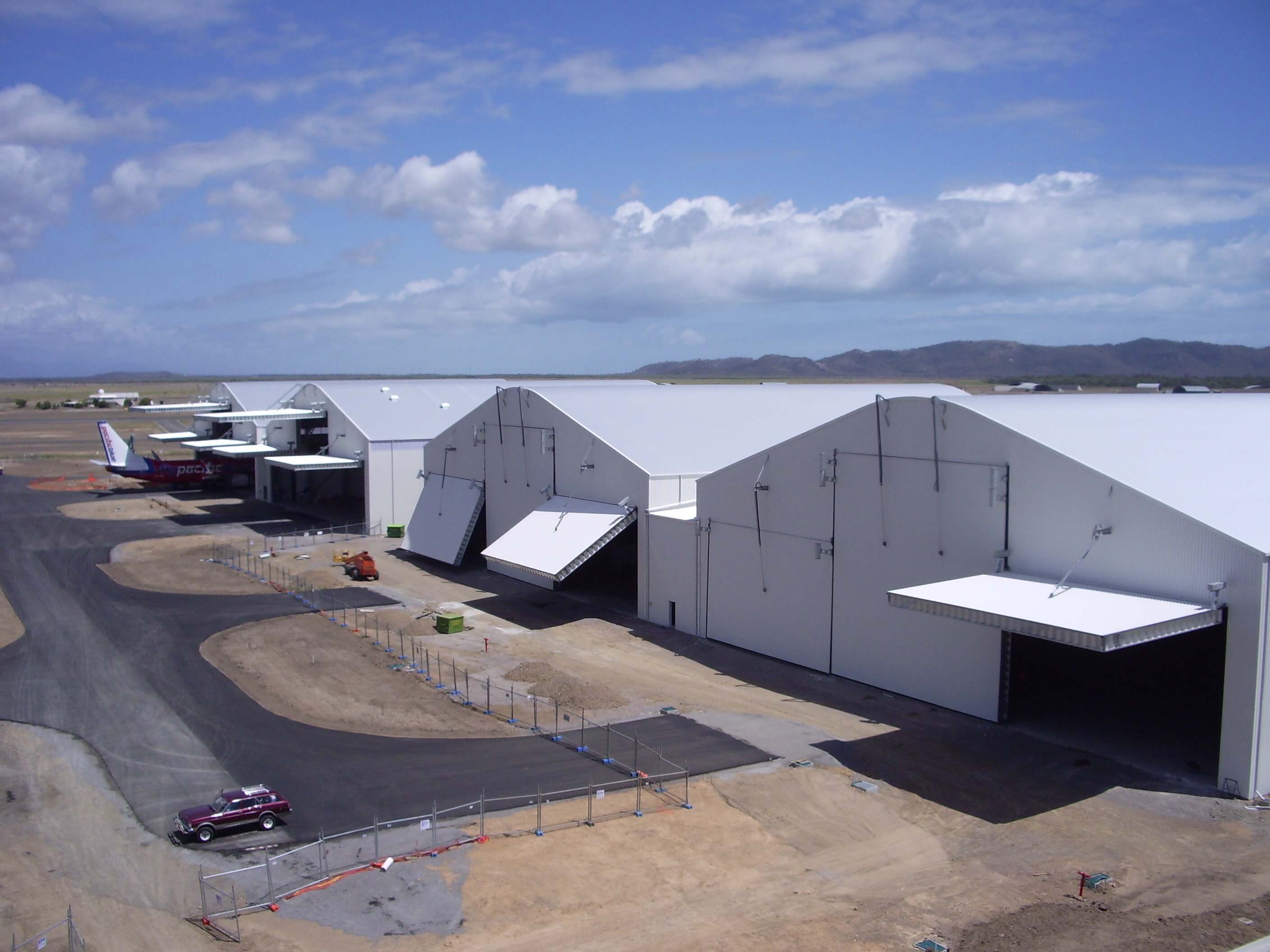 Often, you will see barn door-style doors, or fabric doors, on traditional aircraft hangars of all sizes. But when barn doors aren’t practical, and fabric doors wouldn’t withstand the intensity of cyclones, a new solution is desperately needed.

This aviation company challenged RapidBuilt to come up with a way to utilize hydraulic doors for their battle-proven hangars. These doors would need to lift upward, a method that hadn’t been approached due to traditional engineering limitations.

However, RapidBuilt’s engineers proved to be more than able to accept the challenge. Utilizing their proprietary beam/connection technology, they were the first ones in the world to design a practical, effective and efficient hydraulic door system that was first implemented at the Townsville location. This challenge led to their innovation now being available to any client in any country who could benefit from its many advantages.

Get a quote for your RapidBuilt Steel Building

We’ve partnered with key lenders to provide you with fast and easy financing options to accelerate your construction projects. READ MORE